Windows Phone 7 Series is official, and Microsoft is playing to win.

Windows Phone 7 Series. Get used to the name, because it's now a part of the smartphone vernacular... however verbose it may seem. Today Microsoft launches one of its most ambitious (if not most ambitious) projects: the rebranding of Windows Mobile. The company is introducing the new mobile OS at Mobile World Congress 2010, in Barcelona, and if the press is anything to be believed, this is just the beginning. The phone operating system does away with pretty much every scrap of previous mobile efforts from Microsoft, from the look and feel down to the underlying code -- everything is brand new. 7 Series has rebuilt Windows Mobile from the ground up, featuring a completely altered home screen and user interface experience, robust Xbox LIVE and Zune integration, and vastly new and improved social networking tools. Gone is the familiar Start screen, now replaced with "tiles" which scroll vertically and can be customized as quick launches, links to contacts, or self contained widgets. The look of the OS has also been radically upended, mirroring the Zune HD experience closely, replete with that large, iconic text for menus, and content transitions which elegantly (and dimensionally) slide a user into and out of different views. The OS is also heavily focused on social networking, providing integrated contact pages which show status updates from multiple services and allow fast jumps to richer cloud content (such as photo galleries). The Xbox integration will include LIVE games, avatars, and profiles, while the Zune end of things appears to be a carbon copy of the standalone device's features (including FM radio).

Besides just flipping the script on the brand, the company seems to be taking a much more vertical approach with hardware and user experience, dictating rigid specs for 7 Series devices (a specific CPU and speed, screen aspect ratio and resolution, memory, and even button configuration), and doing away with carrier or partner UI customizations such as Sense or TouchWiz. That's right -- there will be a single Windows Phone identity regardless of carrier or device brand. Those new phones will likely look similar at first, featuring a high res touchscreen, three front-facing buttons (back, start, and perhaps not shockingly, a Bing key), and little else.

Carrier partnerships are far and wide, including AT&T, Deutsche Telekom AG, Orange, SFR, Sprint, Telecom Italia, Telefónica, Telstra, T-Mobile USA, Verizon Wireless and Vodafone, while hardware partners include Dell, Garmin-Asus, HTC, HP, LG, Samsung, Sony Ericsson, Toshiba and Qualcomm. We're told that we likely won't get to see any third-party devices at MWC, though Microsoft is showing off dev units of unknown origin, and the first handsets are supposed to hit the market by the holidays of this year.

We had chance to go hands-on with a device before the announcement, and we've got some detail to share on just what the experience is like, so click here to read our hands-on impressions (with lots of pics and video on the way!).

The core operating system is a modern multitasking operating system. If you play music for example, the music will play back as you navigate around the experience...if you're using email, we have great support for push email and that happens in the background.
For third party applications—we'll get into a lot more detail on this in MIX—but we have a few ways we're going to make sure that third parties can bring their value to the user even when the app is not running. Live tiles are an example. Data feeds in the hubs are another example for some apps. 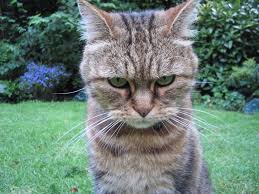