THE UNSTOPPABLE SAGA LIVES ON WITH DRAGON BALL® GAME PROJECT!

Dragon Ball Z: Ultimate Tenkaichi (also known as Dragon Ball: Project AGE 2011) is a fighting video game based on the Dragon Ball franchise. Announced by Weekly Shônen Jump, the game will be released by Namco Bandai on 25th October 2011, for Xbox 360 and PlayStation 3 consoles. Namco Bandai has announced the game for release in North America on October 25th, 2011, and in European countries on October 28th, 2011.s and ki energy blasts cutting across the sky deliver a more dynamic experience and immediate sense of urgency to the exhilarating fights. An enhanced story mode drops players into the rich Dragon Ball Z universe, filled with beloved characters and powerful enemies. An accessible battle system allows gamers of all ages will be able to hold their own in fast-paced battles, while still retaining tactical depth for hardcore fans.

The first trailer for this video game, still under the name Project Age 2011, was released on May 10th, 2011. The European trailer was released on June 30th, 2011, at Japan Expo 2011. The name Dragon Ball Z: Ultimate Tenkaichi was officially revealed primarily and the trailer showcased certain characters of the Saiyan Saga and their attacks, as well as confirmed a release date of October 28th. The demo at the Japan Expo convention included Goku (Base and Super Saiyan), Android 18, Future Trunks (Sword), Frieza, Vegeta (Base), Cell (Perfect Form), Broly (Legendary Super Saiyan), and Saibaman. A second trailer was released on June 30th, confirming a release date of October 25th for North America, and displayed several Namek Saga scenes, along with Super Saiyan 3 Goku, and Janemba (First Form). The development team of Dragon Ball Z: Ultimate Tenkaichi confimed in an interview that some Dragon Ball GT characters are appearing in this new game.

Dragon Ball Z: Ultimate Tenkaichi dives into the Dragon Ball universe with brand new content and gameplay, and a comprehensive character line up. It has faithful manga-style graphics, totally destructible battle fields, and refined controls designed to bring the experience closer to the highly acclaimed Budokai Tenkaichi series.
The character and environment graphics are upgraded since the previous series; characters are drawn straight from the original series and to match the anime and makes it a true Dragon Ball experience. The game features the original Japanese voices and music.

The controls are designed to bring the experience closer to the previous Budokai Tenkaichi series, making the play accessible to all, but retaining all the tactical depth in battle. Improved mechanics allow for faster long-to-short range fights. The gameplay also includes elements from the Budokai series, such as Quick Time Events during certain combos. There is also an added health recovery system and a vast collection of more cinematic camera angles

The game features the original Japanese voices and music.

The enhanced story mode will immerse players in the rich variety of the Dragon Ball universe where every element of the battle will thrill. Great Apes and other giant characters, such as Janemba (First Form), up to 15x the size of playable characters are featured in this video game, but only in boss fights and/or cinematics. 15 animated scenes with bosses are included. The game also includes bonus level from movie and Dragon Ball GT series.

Ultimate Tenkaichi includes a special mode which allows the player to experience the brand new age of Dragon Ball Z. A "Complete Character Creation & Customization" feature was confirmed on July 2011 by Namco Bandai Games. Appearance and attributes can be customized such as model body, face, hair, attire, and fighting style. Additionally fighting style and special moves can be selected 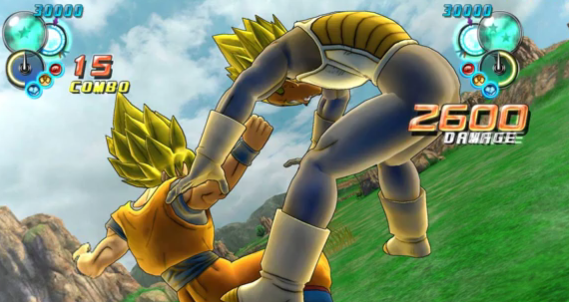 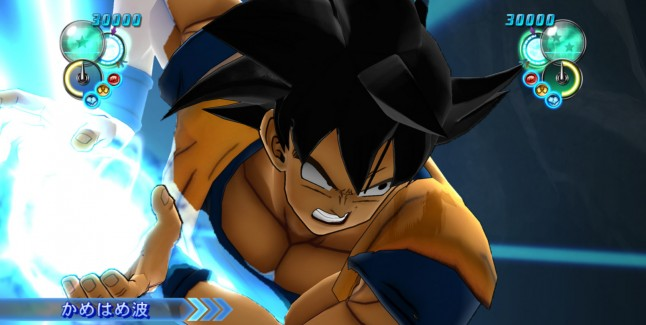 He who knows others is wise. He who knows himself is enlightened. ~ Lao Tzu
The richest man is not he who has the most, but he who needs the least. ~ Onbekend
Omhoog

dragonball fan mate savvy
Lizzie Borden took an axe
And gave her mother forty whacks.
And when she saw what she had done
She gave her father forty-one.
Omhoog

deze game gaat zo bruut worden
Lizzie Borden took an axe
And gave her mother forty whacks.
And when she saw what she had done
She gave her father forty-one.
Omhoog