Upon being forced to stab his ally Lucy Stillman, Desmond Miles has fallen into a coma, and has been returned to the Animus to maintain his consciousness. There, he falls into an Animus back door called the Black Room, where he hopes to reassemble his shattered mind - and therefore reawaken from the coma - by locating a key memory connecting himself, Altaïr Ibn-La'Ahad and Ezio Auditore da Firenze together.
To do so, he begins reliving the later memories of Ezio. After having freed Italy from the Templar threat, the Mentor of the Assassin Order, Ezio Auditore questions his life as an Assassin, wondering how it would have been if he had never been one. Ezio thus sets out on a pilgrimage to his predecessor's homeland of Masyaf, which he discovers has been overrun by the Templars.

There, he finds an ancient artifact, which is locked away, and can only be opened with five seals. The search for these seals takes him to Constantinople, where he finds out that there is an army of Templars forming in the city - threatening to destabilize the region. Ezio must follow in the footsteps of his spiritual mentor Altaïr Ibn-La'Ahad, which will lead him to discovery and revelation.

The gameplay system from Assassin's Creed: Brotherhood will be the basis for Revelations, though Ezio's free-running and combat skills will be upgraded with new features.

Weapons
A new weapon called the hookblade will be introduced, which will allow Ezio to use ziplines throughout the city, speeding up navigation by around 30%. Additionally, a crafting system will allow the creation of bombs, with options for up to 300 different types.

Assassin's Dens
The concept of Borgia towers has been expanded, and in order to neutralize the Templar presence, various assault scenarios must be completed. The liberated buildings will be known as "Assassin's Dens," though control over them may be lost to a Templar assault. These attacks will be triggered when the player's notoriety increases.

Controlling a den and its surrounding region will allow the player to upgrade all the shops and buildings in that area, including the den itself, which will provide more navigation options (like additional ziplines for the hookblade) in that part of the city. As an added benefit, controlling a den will change the character of the surrounding guards. Regular Ottoman patrols will continue to monitor the regions under control, and will still halt if illegal activities are committed, but won't be overly hostile.

Assassin's Dens can be protected by either the player, or by an assigned Master Assassin, who will ensure the prevention of any further Templar attacks on the building.

The cap for the Apprentice leveling system will be raised to 15.

Instead of having just normal side missions, Ubisoft has added some Random Quests. For example, you will find a store owner being robbed or a child in need of help.

Eagle Vision will now be known as Eagle Sense, which would allow the player to focus on a character and determine the route they have taken. This will thus give the player an estimation of where they will go, which could be useful for ambushes or locating a secluded place to strike a target.

Ezio will be searching for the seals containing Altaïr's memories, thus allowing the player to control Altaïr.

The modern day aspect of the game will also be upgraded with a new feature labeled, "revolutionary gameplay," in which Desmond Miles will need to change the construct of his ancestors' memories and, in the process, unravel the future.

To do this, Desmond will enter the Animus and find a safe-mode called the "Black Room," where he will reintegrate the splintered layers of his subconscious. Here, a great deal more about Desmond's own past will be revealed.

During a recent interview with gameplanet.com (a New Zealand based gaming website), Darby McDevitt stated that the majority of Desmond's gameplay will be within the Animus and indicated that there may be a very small portion in a different context.

The Desmond gameplay will be similar, in a way, to the Secret Locations that were seen in previous games. To quote Alexandre Breault: "The majority of the game-play in these Animus section focuses on movement, timing, and precision, but we also include some illusion based puzzles inspired by the work of Rene Magritte and Roger Penrose. The main goal here is to encourage the player to think and engage with the environment, not simply pass it by."

Like its predecessor, Revelations will come with a multiplayer mode. It will be upgraded with new modes, maps and characters (with facial animations and expressions) to refine the experience.

Additionally, it has improved story and customization features, allowing the player to choose their own weapon (As well as a secondary weapon, which initially starts out as a hidden blade) and change their appearance, as well as edit clothes and other minor features.

Changes have been made from Brotherhood such as, no more skin replicants to make players rely more on their observation skills (Deathmatch is the only confirmed gametype to have this change). In a new mode called Deathmatch there is no compass thus making players have to carefully observe the area for their target. Another change is that the line of sight indicator is now the target's portrait and when their portrait outline turns blue it means they are within sight. A contested kill bonus will also be introduced which, is earned when stun and kill actions occur at the same time.

Like in Brotherhood, the assassin always wins against their stunner when their actions occurred at the same time but, unlike in Brotherhood, the assassin will earn a 100 point bonus though he/she will also be penalized. The failed stunner will also earn a 100 point called Honorable Death. Abstergo credits will also be awarded to player after a match which, can be used to buy items in the shop. A breaker ability will also be featured, its function is to close chase breakers preventing a target from escaping or delay an assassin.

A new mode called Artifact Assault will also be featured in which the objective is to steal the enemy team's artifact and bring back to your team's base. Keeping track on multiple targets will also be easier as small target portraits next to your primary target's portrait, and since there are multiple target portraits out there, is no real need to switch between targets like in Brotherhood. In team modes, teammates can revive other teammates who were stunned by an enemy teammate.

On September 3, 2011 PlayStation Plus members and PlayStation Uplay members got to try the multiplayer portion, which runs untill September 11, 2011. In the beta you can play as nine new characters (Bombardier, Champion, Deacon, Guardian, Sentinel, Thespian, Trickster, Vanguard and Vizier); three multiplayer maps: Knight's Hospital, Antioch and Constantinople and four game modes: Deathmatch, Wanted, Manhunt and Artifact Assault and there are two introductory sessions/tutorials to show you how to play the deathmatch mode and stun a pursuer and also escape a pursuer. Wanted retains the circle bar from Brotherhood to find your target, in Deathmatch instead of a bar on the top right corner is your target's picture, as you get close to your target the target icon glows and if vibration on the controller is on the controller vibrates.

So far, fifteen multiplayer characters have been revealed: the Sentinel, the Guardian, the Bombardier, the Vanguard, the Crusader, the Deacon, the Ottoman Jester, the Ottoman Doctor, the Thespian, the Charlatan, the Vizier, the Trickster, the Renegade, the Champion, and the Count.

Note: This edition can only be obtained by pre-ordering Assassin's Creed: Revelations from Gamestop.

Note: This edition can only be obtained from Gamestop.

Note: This edition is only be available from OpenGames Italia. 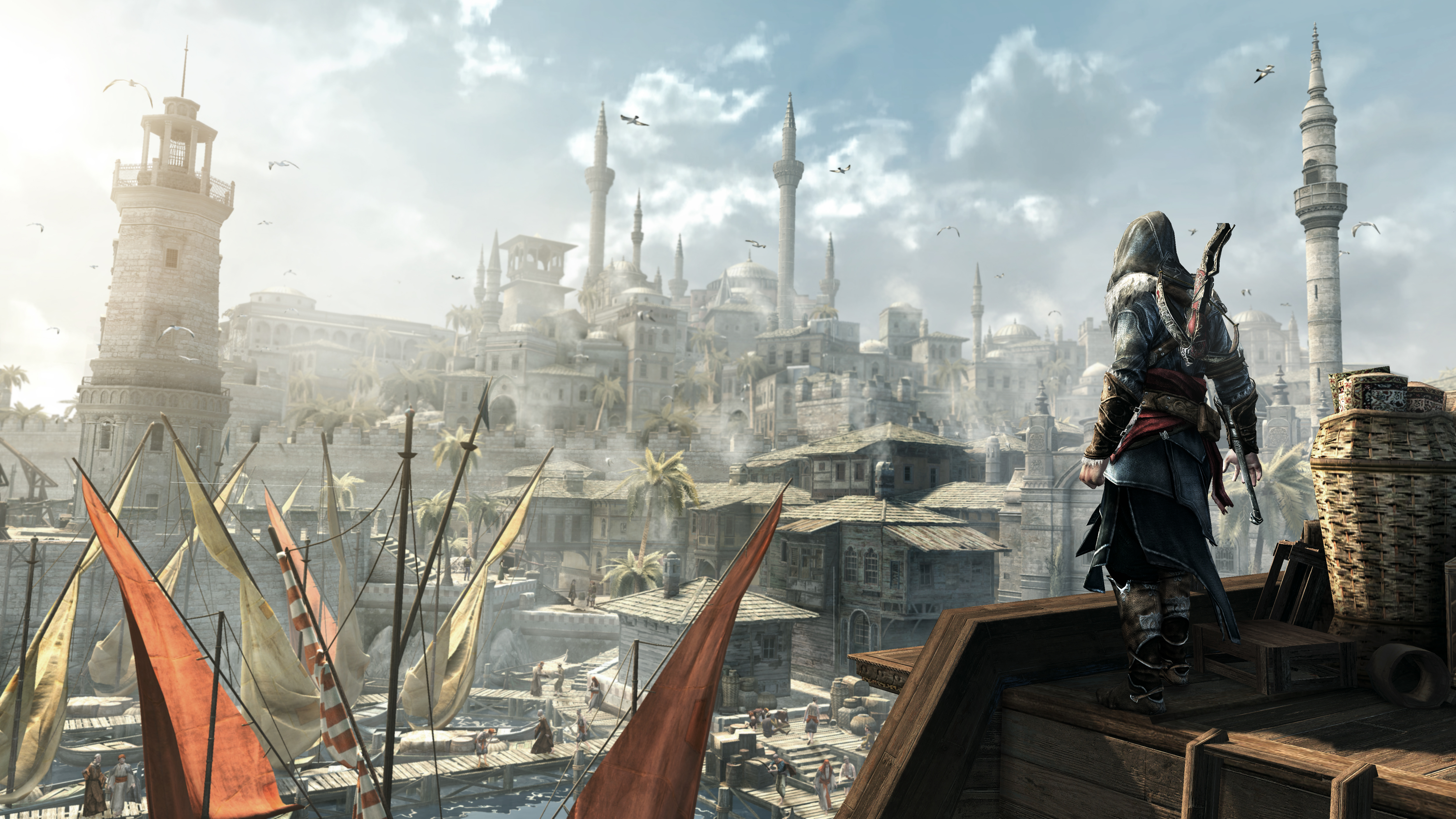 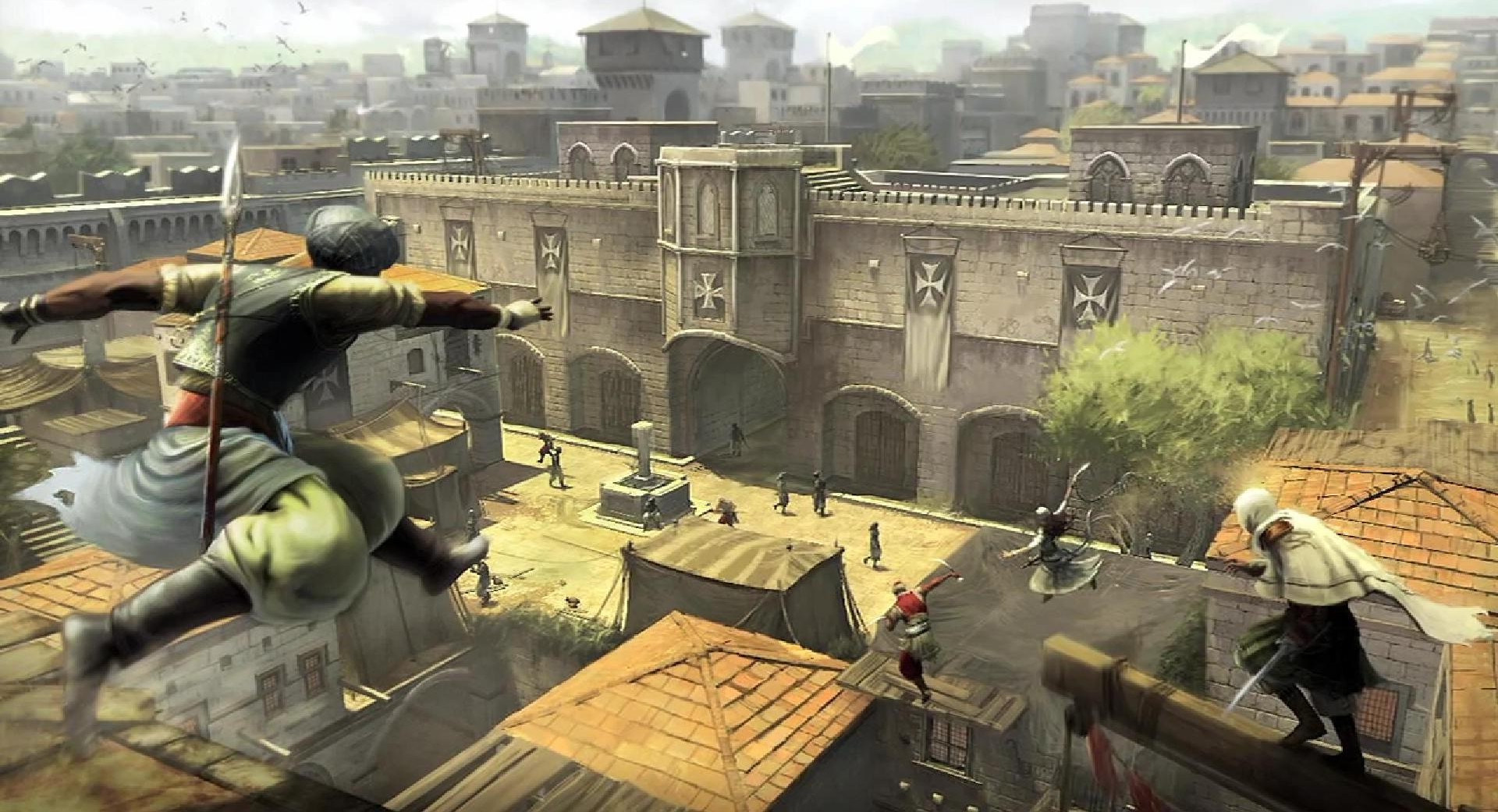 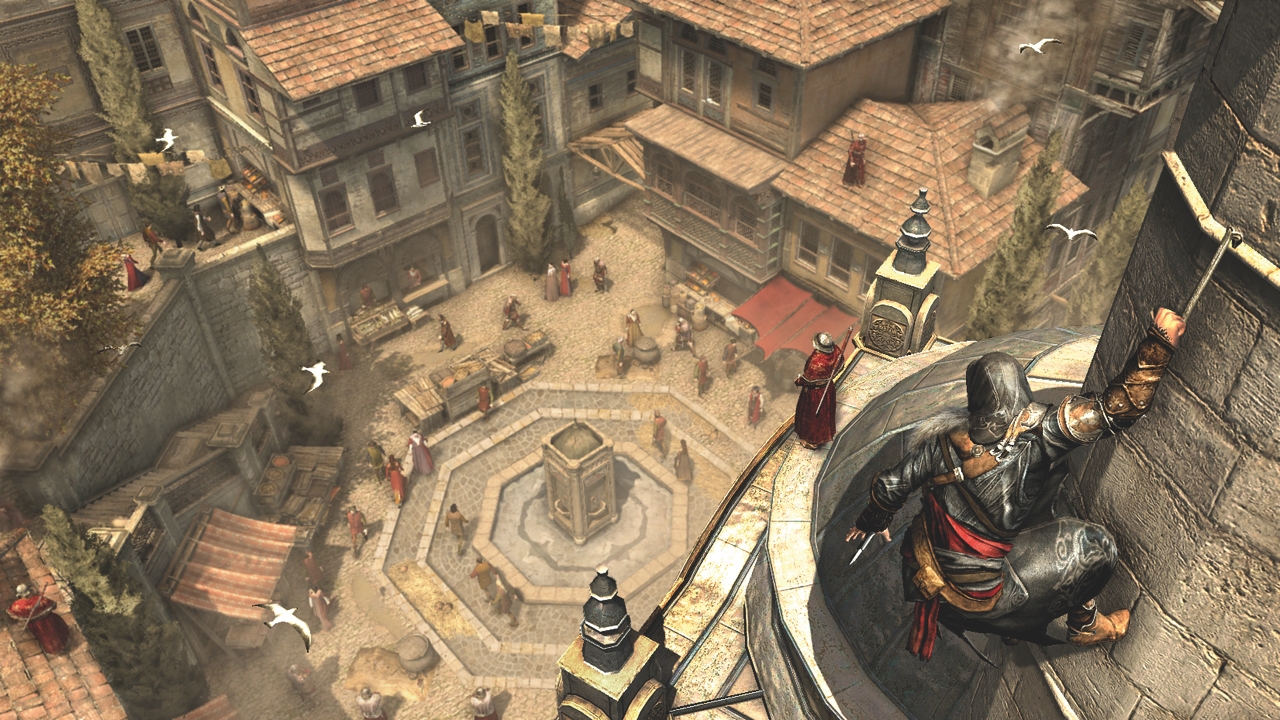 Lizzie Borden took an axe
And gave her mother forty whacks.
And when she saw what she had done
She gave her father forty-one.
Omhoog